This might seem like an obvious kind of dinner to post about, but before I met my husband, I had no idea about making curry like this. To me, curry was all about dahl, vegetables, chickpeas and the like (Indian is probably my favourite cuisine in fact).

The curry described below is a straightforward kind of meal to make, using sauce from a tin. Doesn’t sound so appetising…but it’s pretty tasty.

Put the rice on pretty early, as this recipe is very quick to make!

Fry the eggplant lightly – then I put a bit of water in the bottom of the saucepan to cook it a bit more before other ingredients are added.

Mix in the sweet potato, cook a little further.

After about 5 minutes, pour in the tin of sauce, and maybe a tin’s worth of water. Stir in the tomatoes. Bring it all up to a good heat and then simmer for around 10 minutes.

Add in the green vegetables on top of the curry mix, and then cook for around another 10 minutes or so, tossing in the tofu in for the last few of these minutes, just to warm it. See how cooked the sweet potatoes are, then use that as a guide as to when to turn the stove off.

Serve the curry over the rice (of course).

There you go. Fussy eater version of this dinner = rice, plain tofu, plain vegetables with a taste or two of the curry (if and when requested)!

Everyone has ideas about what motherhood might be like before it happens to them; hopes, fears, dreams…Once upon a time I imagined a busy kitchen, a lot of cooking and lots more happy eating. We have the first two, but it’s taken me more time to achieve the third. We have one vegetarian in the house (me), and two who eat meat (one of whom is a typically fussy toddler, so plain foods all the way!) The offshoot of all of this is that every planned meal, apart from a few favorite vegetarian dishes which we all eat, comprises two similar dishes, one without meat, one with, and a deconstructed version for the fussy eater, which all get cooked at the same time. And which require a minimum of meat handling…something I really, really dislike! So here is the first post in my recipe series: one vegetarian and two pies, the first being an adapted vegetarian crumble-turned-pie and the second, a more traditional chicken and mushroom pie (which I have never tasted, but gets the thumbs up every time!)

The original recipe which I have based mine on can be found on BBC’s Good food website. The crumble topping is delicious, but I don’t have time for it normally, and I’ve left out celeriac, as that is often missing from my local supermarket’s shelves. I always start all the chopping from this pie first, given there is so much to do!

Slice up the leeks, dice the potatoes and carrots. Take the puff pastry out to thaw.

Put them all in a large saucepan, cover with stock. Bring to boil, then simmer until tender. I always go too far at this point – you don’t want the vegetables to be too mushy, but it’s not the end of the world if they are! While the vegetables cook, I normally start with the chicken pie (well that’s probably why I overdo the vegetables…)

Okay, when vegetables are done, I scoop out the excess stock, so there’s just a little bit to help make the sauce. Mix in the crème frâiche, mustard to taste (not too much for me) and flour. And then the frozen vegetables for a bit of extra green.

Spoon it all into a lightly oiled casserole dish, and place the puff pastry lid on top. Don’t forget to make a hole for the steam to come out! Glaze with beaten egg and place in oven at around 200 deg celsuis for 30 minutes, or until pastry is crispy and golden brown.

Wow, writing that recipe has made me hungry. Okay here’s the second one:

Put the chicken in a saucepan, and cover with water. Bring to the boil and then simmer for 10-15 minutes, or until cooked through. Once cooked, I get a fork and shred the chicken just a little bit more.

In the meantime, slice up the mushrooms, and onion or leek.

Sauté the leek and mushrooms until nicely done, then add in the chicken, and stock and flour, just so there is enough liquid for the pie.

Line the base of an oiled casserole dish with one sheet of pastry. Place the chicken and mushroom filling in, and put another piece of pastry on the top. Again, don’t forget to make a hole in the top and glaze with the egg (it’s not the end of the world if you don’t do this, but it just gives the pie crust a nice glow). And then into the oven, 200 deg celsius for 30 minutes.

For the fussy eater, some of the chicken gets cooked in puff pastry. Eventually I am sure she will eat some of what we are having…eventually! 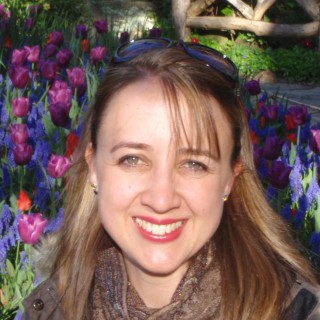 Musician and writer, sharing my thoughts on home, music and creativity in the online world!